Is vaccination the answer to our problems?

Now that Covid 19 has been built up to be a deadly plague (despite having a lower death toll than any average flu season), there are already calls for mandatory vaccination.

[*Before going further, let me clarify that bit about the death toll. As of 13 April, there are 1,917,209 recorded cases of Covid-19, and 119,090 deaths. According to the WHO: “Worldwide, these annual (flu) epidemics are estimated to result in about 3 to 5 million cases of severe illness, and about 290 000 to 650 000 respiratory deaths. There is even more to be said about the overestimation of covid-19 deaths, but that is covered by other posts in this blog.]

Back to vaccination: These calls for mandatory vaccination are based mainly on the following three assumptions:

1. Vaccines are safe and effective

3. The science is settled.

However, it actually turns out that the science has never really been done in the first place.

As I have mentioned previously, we need a simple scientific study to examine the health effects of vaccinated vs unvaccinated groups. This would be an effective way to derive real and scientific conclusions (3). It could also determine whether vaccine damage is rare or frequent (2). And thus it could help us to ascertain if vaccines are actually safe and effective (1).

Surprisingly, no vaccine manufacturer has come forward to fund such a study. Even though, according to their assertions, such a study should vindicate the practice.

However, one such study has been carried out. The results are in. And they may surprise you.

In 2017, Dr. Peter Aaby who was involved in designing the vaccine programs for the third world decided to do the study we’ve all been asking for. How about you compare vaccinated children to totally unvaccinated children. Don’t keep telling us it makes us healthier, prove it. Prove it. Use the scientific method. Go ahead. We’re all open for it. So he did. He looked at a DTP vaccine program that took place 30 years ago in Guinea Africa, and what he recognized was the way we laid out the program, we were so specific about the ages of the children, and the difficulties it was to get to every village that by the end of that year, we had only vaccinated almost exactly half of the children. And the other half we had not. Totally randomized study, perfect. I can compare both groups, and this is what he discovered. DTP was associated with a fivefold higher mortality than being unvaccinated. 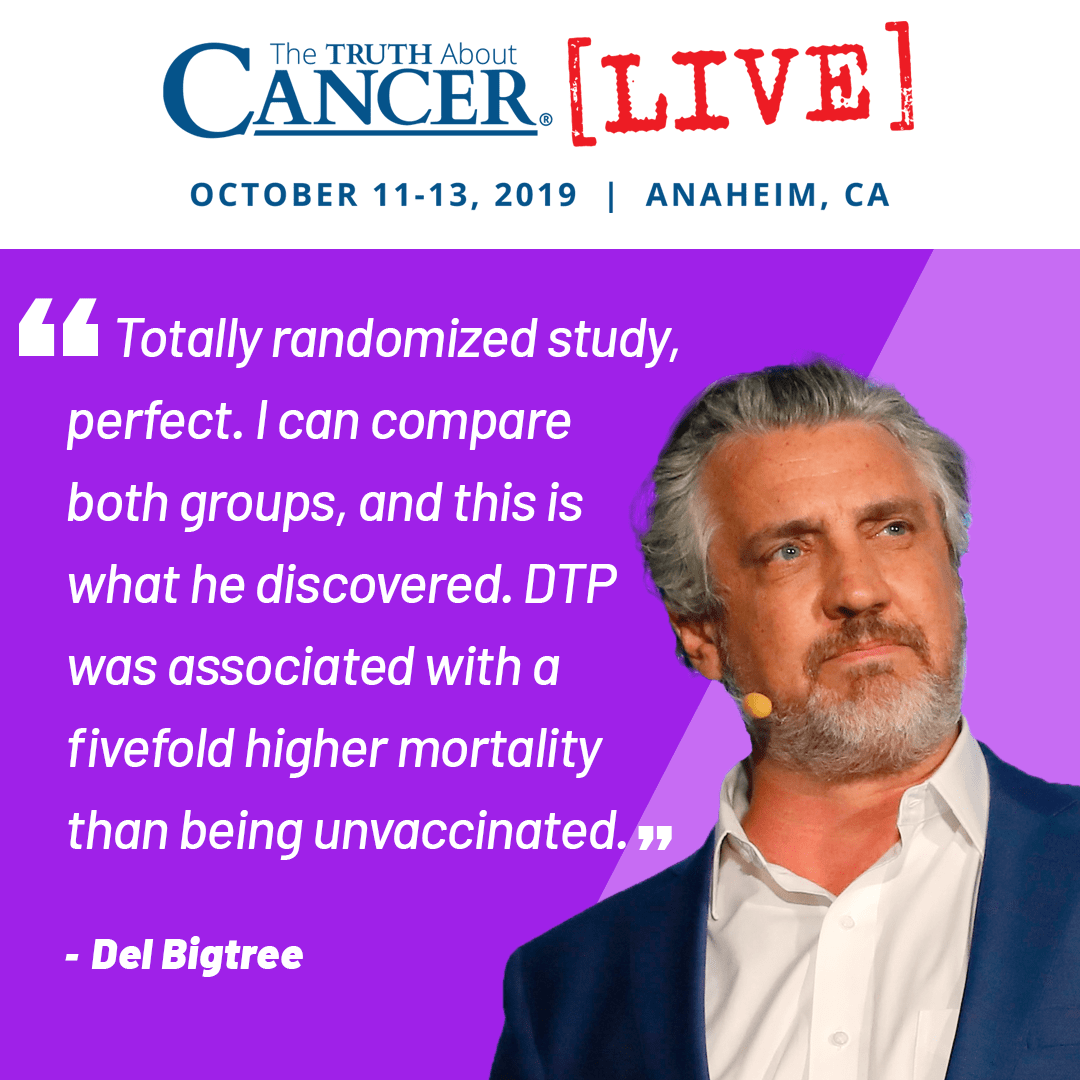 It is quite extraordinary that all we have to reassure us about vaccine safety are the declarations of the vaccine industry. And in this case, where a scientific study is finally done, we find a five fold mortality rate in the vaccinated population.

More from the transcript;

Look what he has to say. All currently available evidence suggests the DTP vaccine may kill more children from other causes than it saves from diphtheria, tetanus, or pertussis. Now let’s get this straight, they weren’t dying of diphtheria, tetanus, or pertussis. They’re dying of dysentery and malaria and all these other illnesses like rotavirus. And what he concluded was it looks like the vaccine, duh, we’ve— By the way, we’ve only looked at “does it protect you from the disease?” We never tested it for mortality. So what it looks like is it weakened their immune system so they couldn’t protect themselves against anything else.

And despite this evidence of the danger of vaccination, we have more and more unscientific, irrational and emotional demands for mandatory vaccination. This is no way for us to conduct our affairs in such an important matter as our health and our liberty.

Many thanks to Ty and Charlene Bollinger of thetruthaboutvaccines.com who organised the conference that brought these facts to light.

If you would like to view the original page, with the complete transcript for the above video, you can find it at